Technological World for November 16, consumer tech: Apple's new store in Vancouver, TP-Link first out of the gate with Wi-Fi 7 devices

Vancouver’s Apple Store is back, and TP-Link’s futuristic networking devices are coming soon.

Just in time for the holiday gift-buying season, Apple’s reopening its Pacific Centre store in downtown Vancouver on Friday (November 18).

The facade of the store has been covered with a mural commissioned by Canadian designer Mooren Bofill and includes work from xʷməθkʷəy̓əm (Musqueam) weaver and artist, Debra Sparrow.

When the store reopens on Friday, customers will be able to take part in a number of activities, including Today at Apple Photo Tour sessions, which explore the city and teach you how to take the best photos with your iPhone.

There’s live music from Vancouver’s Boslen who will also be interviewed by George Stromboloupoulos (maybe the best Apple Music host?). 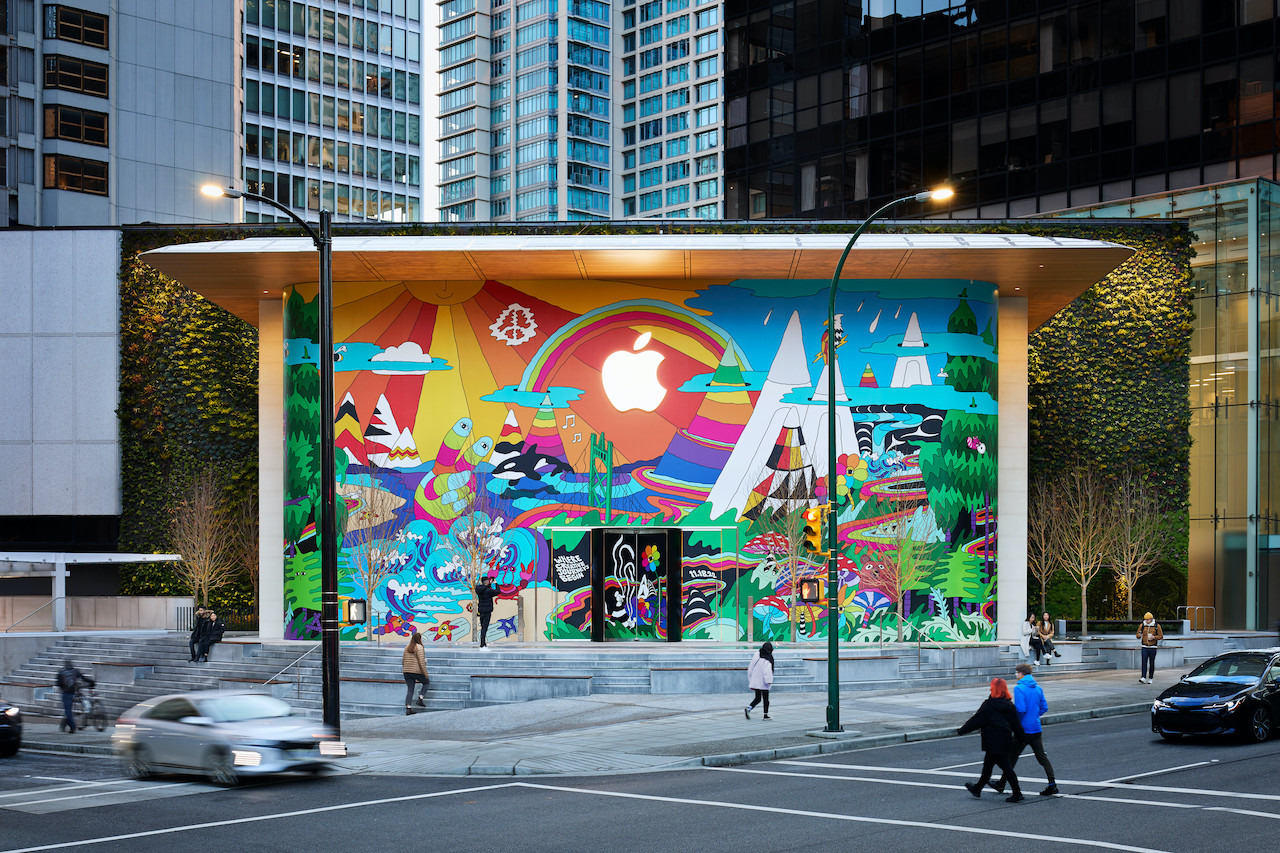 TP-Link, which manufactures and sells networking devices, is first out of the gate with a complete line of Wi-Fi 7 products.

Wi-Fi 7 refers to the international standard that uses three wireless bands: 2.4, 5, and 6 GHz. In ideal circumstances, it can provide 46 Gbps transmission, which would deliver a full-length, high-definition movie to your tablet in about thirty seconds.

Wi-Fi 7 also reduces latency (good for gamers) and with support for the dozens of devices in our homes and offices that are operating on our wireless networks.

The new design of the Archer BE900 router (US$699) is slick. It resembles a computer tower, with an “x” shape that hides the 12, optimally-positioned antennas inside the casing. And it’s got an LED screen that can display date and time and even the weather. And it will also show you the bandwidth at any given moment.

There’s also a new gaming router, the Archer GE800 (no pricing announced), which is built to reduce latency as much as possible and which can automatically prioritize gaming devices on the network.

TP-Link is also bringing Wi-Fi 7 to its line of Deco mesh networking systems. At the top of the list is Deco BE95 (2-pack for US$1,199) which promises to deliver 300% faster Wi-Fi than current Wi-Fi 6 mesh routers.

One thing that particularly impressed me about the new TP-Link devices is that even though they are delivering the latest and most robust wireless networking, they also include multiple hardline ports, too. The BE900, for example, has seven different ethernet ports, which provide good options for all contexts.

TP-Link is releasing these devices in 2023.

There are currently no comments on this article.

The Mind Control Division is the intelligence arm of Blaine Kyllo's Solo Corps Creative Incorporated. This department conducts investigations and experiments into media and technology culture.

Solo Corps out there